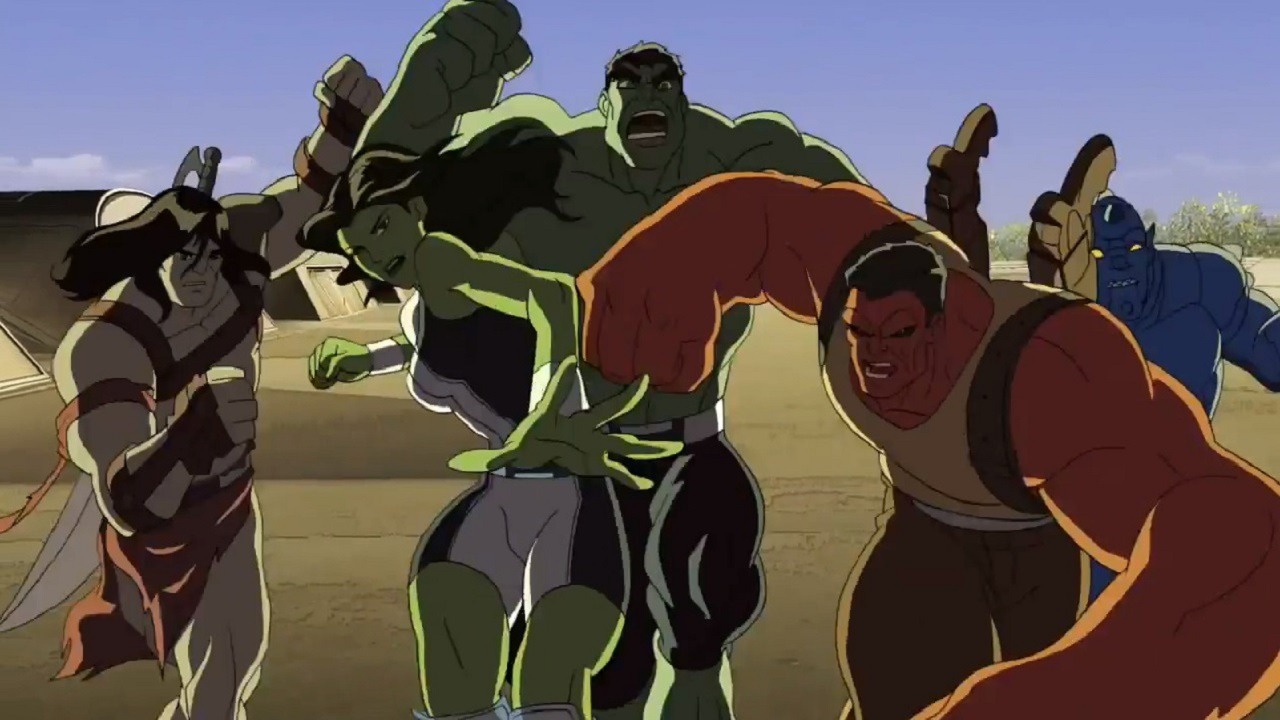 While the idea of a great story about a great group of Hulk characters who have a really interesting family-style dynamic does sound like an awesome idea on paper; unfortunately the results are less than stellar to say the least! Villains beware because some of Marvel’s strongest superheroes Hulk, She-Hulk, A-Bomb, Red Hulk and Skaar  are banding together. The members of the group, Agents of S.M.A.S.H., are setting out to prove that they are not monsters but rather Hulk-sized heroes. The heroes live together, so in addition to tackling worldwide threats, such as trying to prevent another planet from crashing into Earth, they also must deal with normal family problems like trying to housebreak a pet although most families don’t have a giant red T-Rex as a pet. The show’s usage of slapstick gags and fourth-wall breakage takes away so much of the dramatic weight. We probably could have gotten an emotional journey of our favorite Jade Giant, but instead we’re treated to a juvenile cartoon that is clearly aimed more towards the younger demographic. It should be awesome to see the likes of She-Hulk, Red Hulk, A-Bomb and Skaar onscreen; but instead they all come across as grating and childish; especially Skarr. Also Bruce Banner appears only once in the whole series, in what I think is the best episode (which is a strange thing to say the least), plus we also see his love interest Betty Ross and her relationship with her father Red Hulk AKA General Ross. Sadly She-Hulk the only female member of the team; doesn’t get as much attention then I would like. To the show’s credit, they at least try to take advantage of the comic book source material, such as the popular “Planet Hulk” storyline. Overall this is easily the worst and most disappointing addition to the Marvel Animation Block and the titular deserves way better than this short-lived animated series!