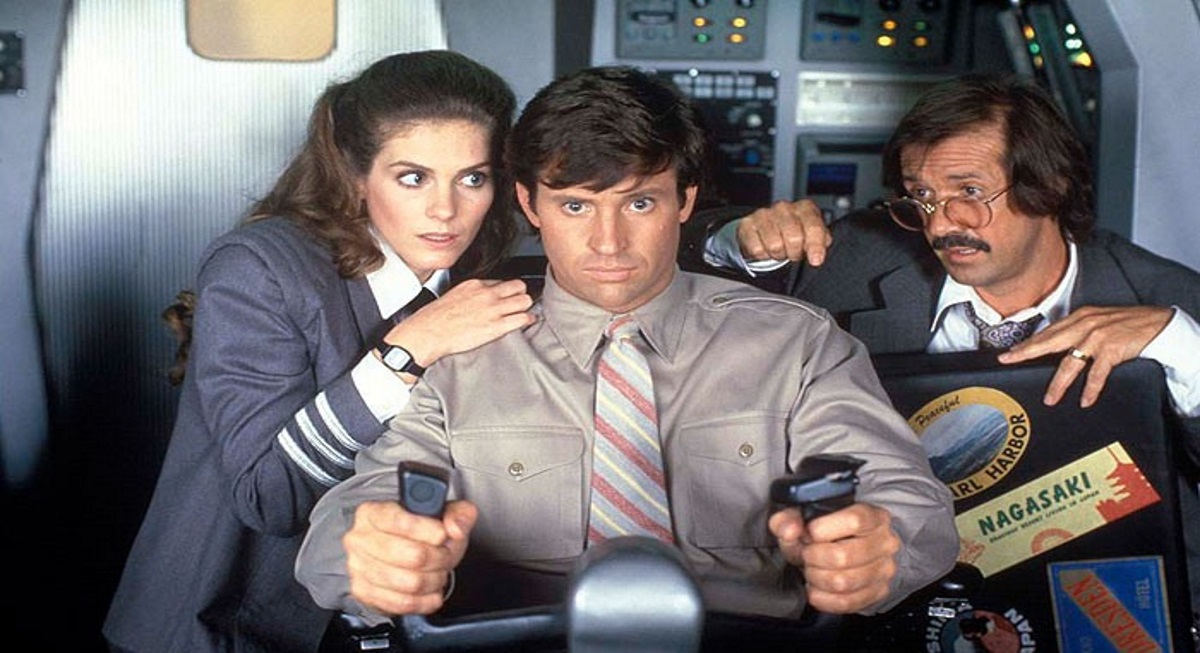 Well here it is, the “Airplane” sequel nobody talks about and for good reason too as viewing this flick made me extremely drowsy! Though haunted by combat memories, heroic pilot Ted Striker agrees to return to the cockpit to man the controls of Mayflower One, America’s first commercial spacecraft. But, as soon as Mayflower One lifts off, an electrical malfunction sends the ship veering off course. A shaken Striker struggles to guide the shuttle through a treacherous asteroid belt, tame its failing computer systems and stop the disgruntled Joe Seluchi from detonating a deadly bomb on board. Starring Robert Hays, Julie Hagerty, Lloyd Bridges, Chad Everett, William Shatner, Rip Torn, and Sonny Bono. While I did think the movie had a few amusing gags, others feel way to on the nose and the whole science fiction angle doesn’t offer much in the way of comedy either. And it doesn’t help that many of the comedic stars from the original movie (specifically Leslie Nielsen) doesn’t even appear to lighten the mood. Overall this is a forgettable mess of a parody sequel that manages to be more random than funny and all the gags feel more forced than genuine, which didn’t help that most of it nearly put me to sleep!