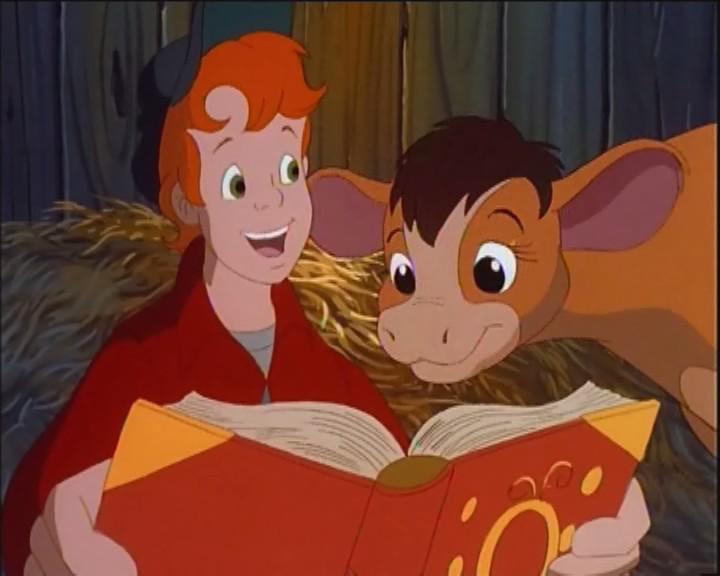 I have seen a lot of animated movies in my day and every now and then I like to look back at ones that I thought I’ve completely forgotten, but something usually jogs my memory of that movie; this Christmas Movie being one of them! Animated Christmas tale of a calf that Santa gifts to a boy who can’t speak and his only friend is a girl named Emily (whom will later be his wife). Santa also leaves them with a special gift – they can talk for one day each Christmas, but they must keep it a secret. It is narrated by American country singer Randy Travis who is always a joy to listen to whether its for his singing or his vocals (he even voices Adult Billy near the end of the film) and stars veteran voice actress Kath Soucie whom any 90’s kid such as myself can instantly recognize. The main message of the movie is selfless love, which we can all relate too. The moments where Annabelle gave her Christmas Voice to Billy and Annabelle fulfilling her desire to become a reindeer always gets me in the feels every time. The character of Aunt Agnes is basically the film’s version of Cruella de Vil, someone you can hate, almost just as much as the the bullies Bucky and Buster. Overall the movie may be only fifty-four minutes, but its the best feel good Christmas flick you’ll get out of that run time!