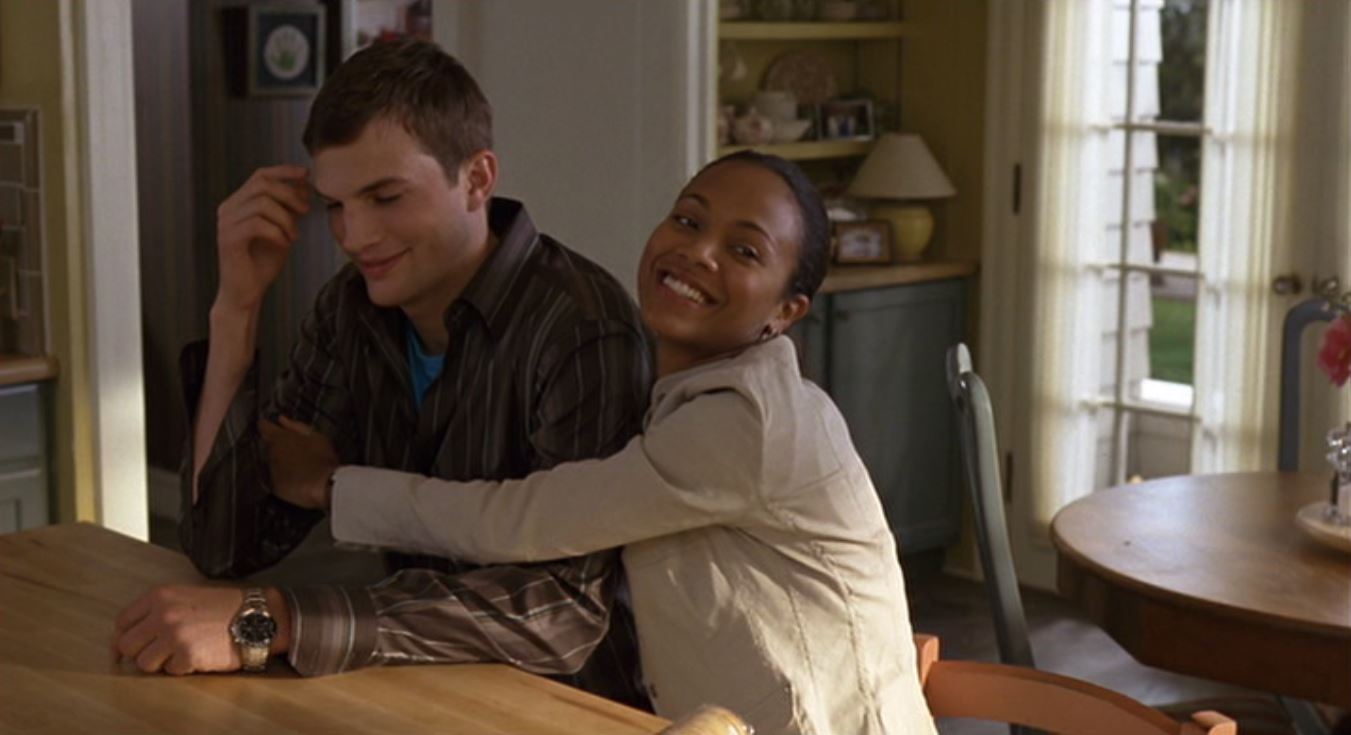 This movie is basically a loose remake of the popular film “Guess Who’s Coming to Dinner”, a film about a black man marrying a white woman. This film instead focuses on a black woman marrying a white man; which I can relate to a lot my more cause that’s my, however how does this remake fair!?  Theresa  is a young woman who is about to introduce her fiancé to her father, Percy Jones. Percy is eager to meet his African-American daughter’s businessman beau, but is shocked to learn that she is engaged to Simon Green, a white man. Staying with the Joneses to celebrate Percy and his wife’s 25th wedding anniversary, the accident-prone Simon makes a terrible first impression and faces an uphill battle to win over his future father-in-law. Although I do think Ashton Kutcher and Zoe Saldana make for a perfect pair; and Bernie Mac tries to liven things up with his comedic chops; however the movie has too many flaws. Needless to say interracial couples being together isn’t as big a deal in the early 2000’s, than it was in the 1960’s and the fact that the only side we see is the black family didn’t help either. Overall I do think the movie is a harmless enough remake; but its lack of any real relevance doesn’t make it a classic!