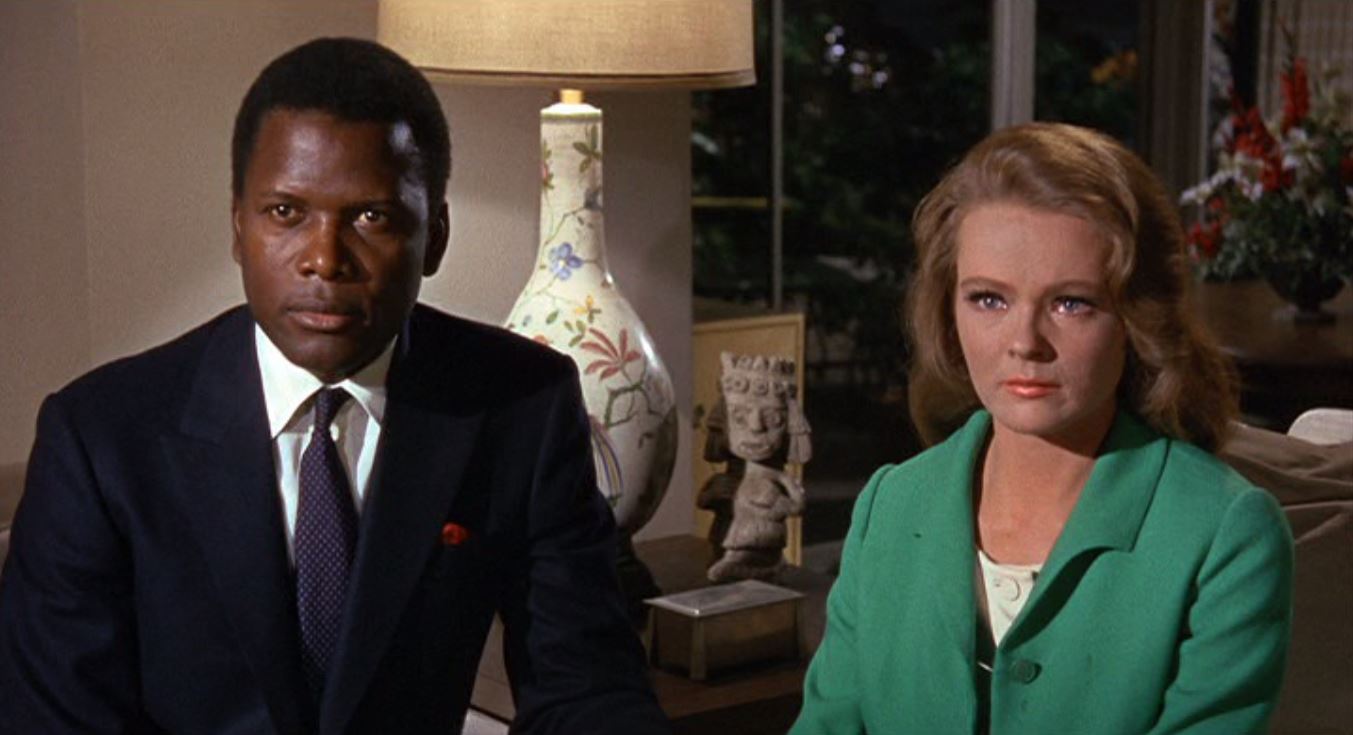 This is a Sidney Poitier film that my mother recommended checking out, which in this case is a black man engaged to a white woman and meeting the parents! When Joanna Drayton, a free-thinking white woman, and black doctor John Prentice become engaged, they travel to San Francisco to meet her parents. Matt Drayton and his wife Christina are wealthy liberals who must confront the latent racism the coming marriage arouses. Also attending the Draytons’ dinner are Prentice’s parents, who vehemently disapprove of the relationship. Seeing how I was part of an interracial myself, I knew this was the Sidney Poitier I wanted to see the most, because any rare movie I see with interracial couples always speaks to me. Some might think Joanna is kind of an airhead and John is more level-headed which can be understandable. I think one of my favorite scenes are the scene where John tells his father he sees himself as a man instead of a black man and (because I can relate to it) the scene where an interracial couple Dorothy (black woman) and the Delivery Boy (white man) go out dancing. Overall the movie doesn’t entirely live up to its title, because we never actually get to see the titular dinner; but that’s not the point when the film gives an honest view on both sides!