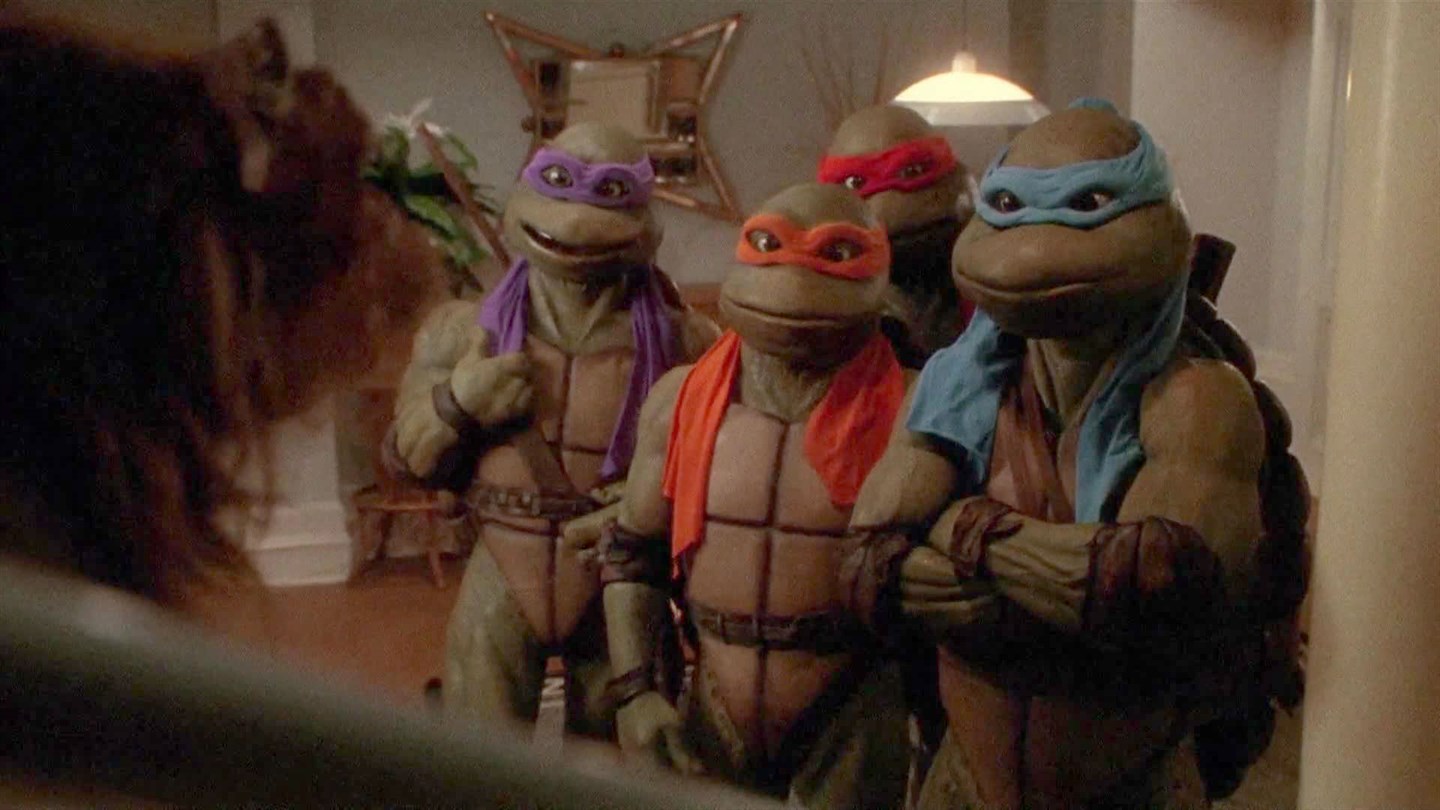 While the previous was a modest success, it did spread some concern from parents who thought the movie was too violent and dark; so they decided to make this sequel more kid-friendly and more safe for kids! The Teenage Mutant Ninja Turtles again battle their archenemy, the rogue ninja Shredder. Shredder attempts revenge by obtaining the same radioactive ooze that created the Turtles and unleashing two new monstrous mutants: Tokka, an oversized snapping turtle, and Rahzar, a fearsome wolf-like creature. When Shredder plans to use the remaining ooze on himself, the Turtles must harness their ninja fighting skills to stop him. Starring Paige Turco and David Warner with the voices of Brian Tochi, Robbie Rist, Adam Carl, Laurie Faso. Leonardo leads, Donatello does machines, Raphael is cool but rude and Michelangelo is a party dude. I find Paige Turco to be a worthy replacement for Judith Hoag as April O’Neil as she certainly has the wit and slightly more sex appeal than her predecessor; even if she doesn’t get to do as much as before. Although I miss Casey Jones presence in the movie. François Chau makes for a decent The Shredder both for his menace and his revenge on the Turtles as well as his incredible immense Super Shredder form was played by professional wrestler Kevin Nash. Tatsu tried to take command. He relinquished his claim when the Shredder returned, I’m just glad to see the Foot Clan continues to have a role to play in the film. I still can’t believe they created new mutants called Tokka and Rahzar instead of Bebop and Rocksteady. Overall the movie isn’t as radical as the first one, but moments such as the infamous Vanilla Ice song “Ninja Rap”, almost makes the whole experience worth it!