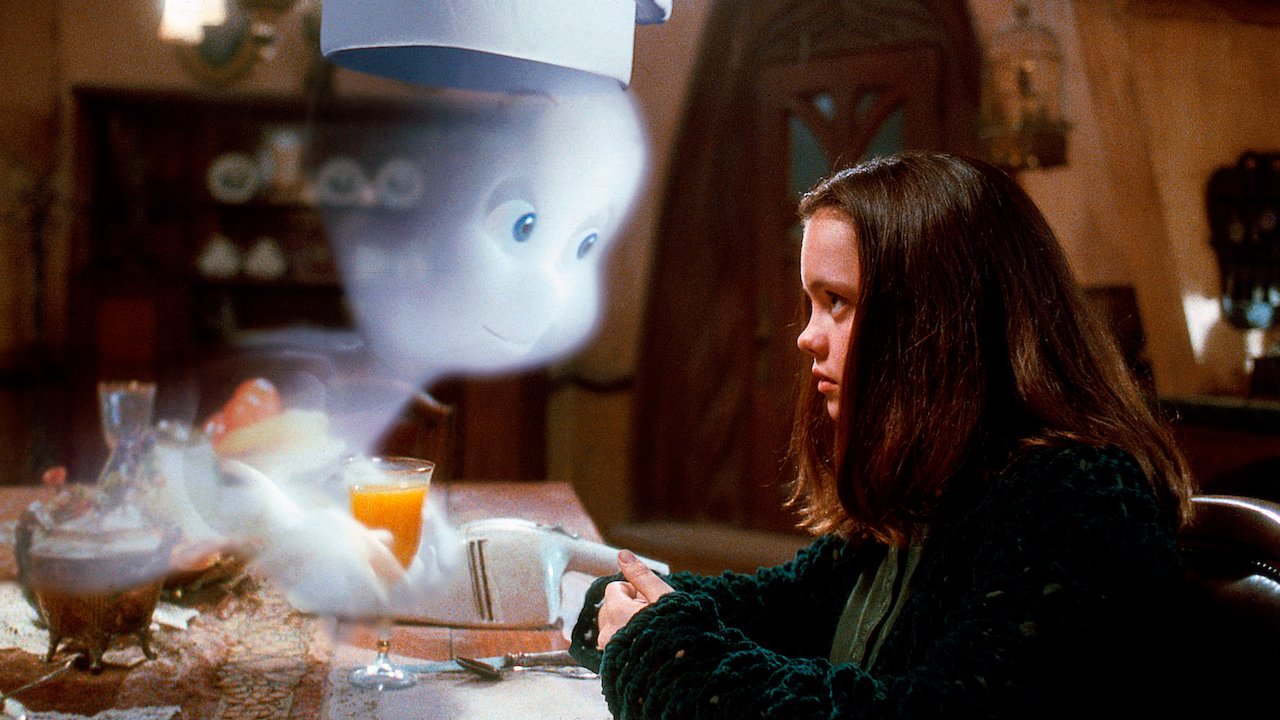 This movie is best known for being the first feature film to have a CGI main character and for giving the most beloved Harvey Comics Character his first big screen film! Casper is a kind young ghost who peacefully haunts a mansion in Maine. When specialist James Harvey arrives to communicate with Casper and his fellow spirits, he brings along his teenage daughter, Kat. Casper quickly falls in love with Kat, but their budding relationship is complicated not only by his transparent state, but also by his troublemaking apparition uncles and their mischievous antics. The film stars Christina Ricci, Bill Pullman, Cathy Moriarty, Eric Idle, and Amy Brenneman, and also features the voices of Malachi Pearson in the title role as well as Joe Nipote, Joe Alaskey, and Brad Garrett. The main problem I have with this movie is that it goes for a much darker interpretation of the Friendly Ghost in comparison to the comics, cartoons, and films of the previous years, especially with its theme of death, most notably providing the character a tragic backstory that addresses his death. But to this day the film’s extensive use of computer-generated imagery to create the ghosts still holds up well to this day.  The titular character is just as charming and lovable as ever even with his dark origins. The human characters Kat and Dr. Harvey are also very likable and its where most of the heart of the movie is. And to be honest, my opinion on the Ghostly Trio are kind of mixed; sometimes I think they’re amusing and other times I think they’re annoying. Also the villains Carrigan and Dibs suck as they are just over the top bad guys. Overall its not a perfect adaptation, but it is watchable, plus it later spawned an animated series!