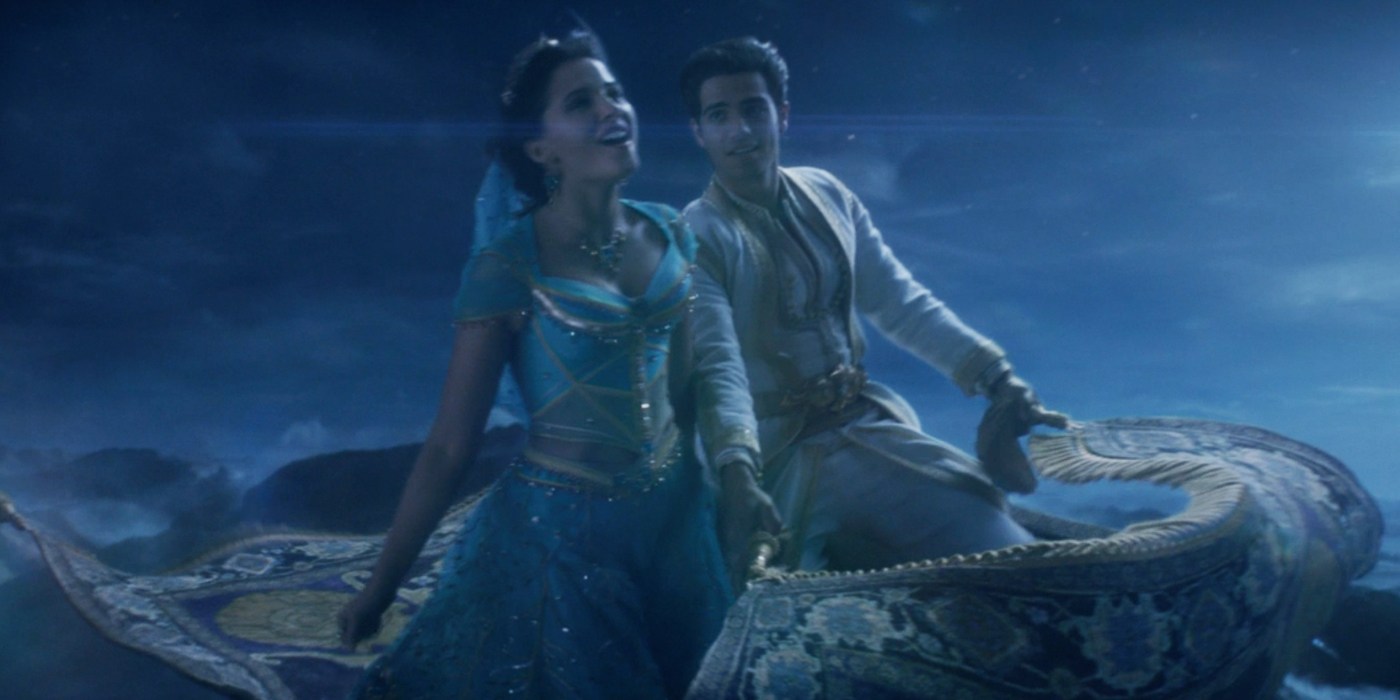 There is no denying the immense popularity of “Aladdin”, so it was only a matter of time that this theatrical animated movie would make its jump to live-action territory for better or worse! Aladdin is a lovable street urchin who meets Princess Jasmine, the beautiful daughter of the sultan of Agrabah. While visiting her exotic palace, Aladdin stumbles upon a magic oil lamp that unleashes a powerful, wisecracking, larger-than-life genie. As Aladdin and the genie start to become friends, they must soon embark on a dangerous mission to stop the evil sorcerer Jafar from overthrowing young Jasmine’s kingdom. The film stars Will Smith, Mena Massoud, Naomi Scott, Marwan Kenzari, Navid Negahban, Nasim Pedrad, Billy Magnussen, and Numan Acar, as well as the voices of Alan Tudyk and Frank Welker. I enjoyed the movie for the musical score, costumes and performances of Smith, Massoud and Scott were praised, but hate it for Ritchie’s direction (such as replacing Cobra Jafar with Giant Iago) and the CGI effects. And that’s not even mentioning the deviations from the original animated film, such as Kenzari’s casting and characterization of Jafar. Mena Massoud delivers a memorable performance as Aladdin, even if he doesn’t have as much depth and his singing leaves a lot to be desired. Naomi Scott delivers an enchanting performance as Jasmine; who now has more complexity and even gets her own song called “Speechless” which is okay as far as female empowerment songs go. Will Smith steals the show as The Genie thanks to his charm, charisma and even finding true love along the way. Although he’s awkward when he’s blue, but funny when he’s playing himself. Marwan Kenzari sucks as Jafar as he lacks the charisma and villainy the character is known for. The other characters in the film are just kind of there. The live-action version’s of the popular songs “Arabian Nights (2019)” has an awesome beat and even alerts some of the offensive lyrics, “One Jump Ahead” is kind of clunky, but still memorable, “Friend Like Me” is just as entertaining as ever boosted with some alerted lyrics and visuals, “Prince Ali” is not as glamorous as the original, but its still a fun time and “A Whole New World” is just as romantic as ever, but it plays it too safe by not traveling the world. Overall this almost Bollywood version of Aladdin might not always stick the landing, but the nostalgia I feel after all these years is what kept me invested throughout. A worthy enough recommendation for Live-Action Disney Movie fans!