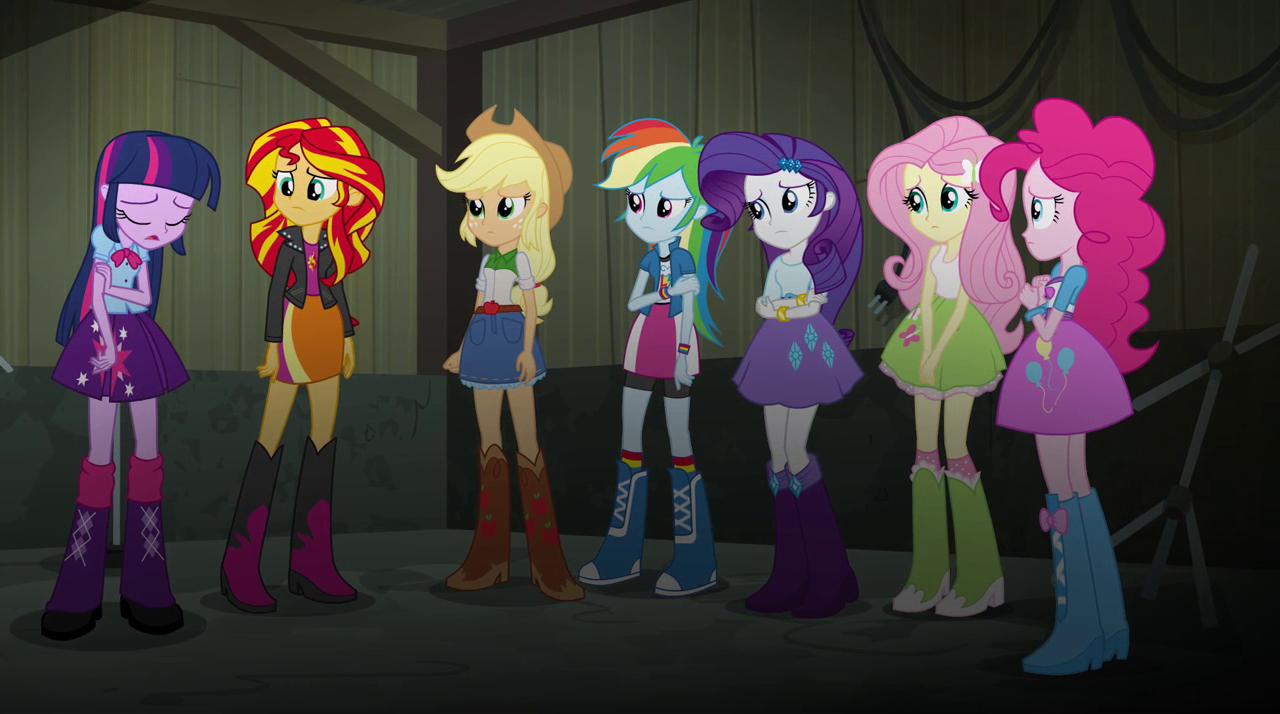 Have you ever wondered what it would be like if Twilight and her Friends were Humans and they formed their own Rock Band; if the answer is no, then too bad that’s what we got here and while some might think of it as fan service or something, the lessons were learned from the show while they were Ponies are still intact! The Rainbooms, a musical group featuring Rainbow Dash (Ashleigh Ball), Applejack, Pinkie Pie (Andrea Libman), Rarity and Fluttershy, battle their rivals in a school competition. While seeing the Mane 6 as humans is a bit jarring at first, I got used to it after a while. The movie is a fun and whimsical teen adventure filled with plenty of heart and friendship lessons that’s no different from “My Little Pony: Friendship is Magic”. I enjoyed all the awesome rock band rehearsals and the new villains the Sirens!