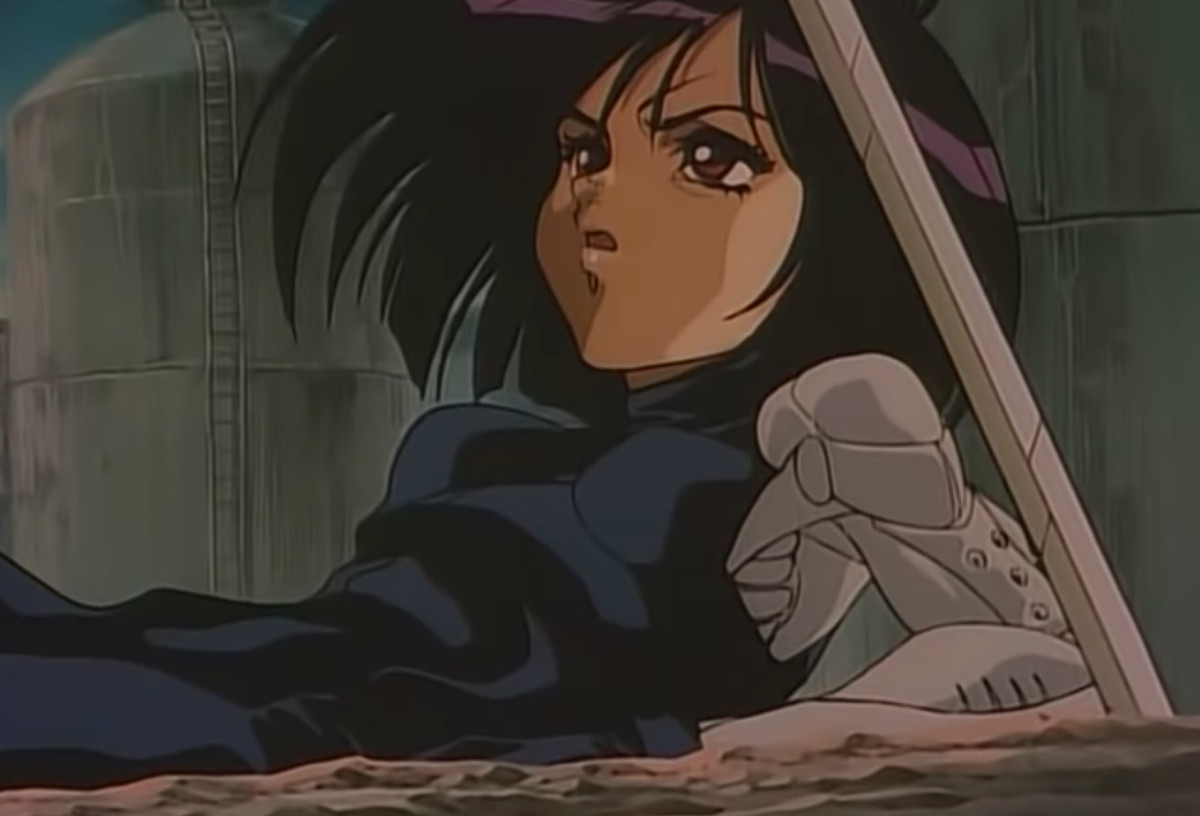 This is literally the only time the popular manga series was ever adapted into an anime and it was only the first two mangas, because apparently they cancelled any plans for adapting the rest of the series! The OVA comprises two episodes, Rusty Angel and Tears Sign, correspond respectively to volumes 1 and 2 of the manga with some differences, serving as a compressed preview for the manga. Rusty Angel: Gally, a cyborg rescued from the Zalem dump heap by Daisuke Ido, becomes a hunter-warrior and the target for revenge by the former Coliseum champion turned criminal Grewcica, who is assisted by Ido’s former partner, Chiren. Tears Sign: Yugo, Gally’s love interest, is exposed as a criminal for his theft of cyborg spinal columns and is hunted by Gime. Vector continues to attempt to recruit Gally to fight for him in the Coliseum and decides to use Yugo as leverage. Overall this anime follows the manga quite well, even keeping the manga’s violent nature and profanity in tact. However considering they only adapt the first two volumes, I couldn’t help but be a little underwhelmed. I would have like to see more adventures being adapted including the popular sport Motorball in anime form, but oh well, you can only dream though!