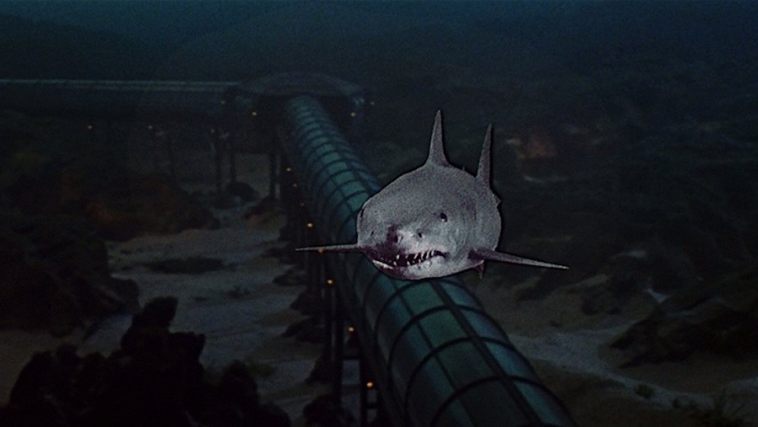 Its one of those movies that featured early uses of 3-D which was big in the 80’s, but overall the films weren’t that great, this Jaws sequel being one of them! After a young great white shark finds its way into a sea-themed park managed by Calvin Bouchard (Louis Gossett Jr.), workers try to capture it. But the facility’s attempt to keep the shark in captivity has dire consequences: A much larger mother shark appears in search of its offspring. Among those who must battle the angry aquatic killing machine are marine biologist Kathryn Morgan (Bess Armstrong), her co-worker Mike Brody (Dennis Quaid) and a pair of friendly dolphins. A cheesy ocean thriller with no reason to exist, Jaws 3 bellows forth with a plaintive yet ultimately unheeded cry to put this franchise out of viewers’ misery. Wow, 1980’s 3D effects sure are shockingly crappy aren’t they, not only does the movie shows off the effects right in your faces, it also makes the titular shark faker then before!