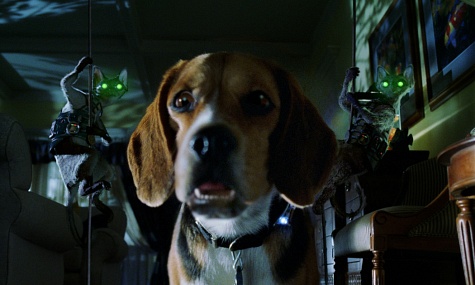 Its no secret that Cats and Dogs are bitter enemies, for the most part, so its actually a clever idea to make a movie about it using the spy genre and not to mention adding Looney Tunes type humor into the mix! “Cats & Dogs” uncovers the truth about the high-tech, secret war being waged in neighborhoods everywhere that humans aren’t even aware of: an eternal struggle between the two great armies of Cats and Dogs. The story follows a Cat plan to destroy a new vaccine that, if developed, would destroy all human allergies to Dogs, and the Dogs’ efforts to stop the Cats from executing their plan. An awesome concept overall, but the movie fails to develop the characters and some of the jokes are hit-or-miss. And the CGI effects clearly haven’t aged well either, as you can tell which animals are real and which ones aren’t. Even still its a guilty pleasure overall!