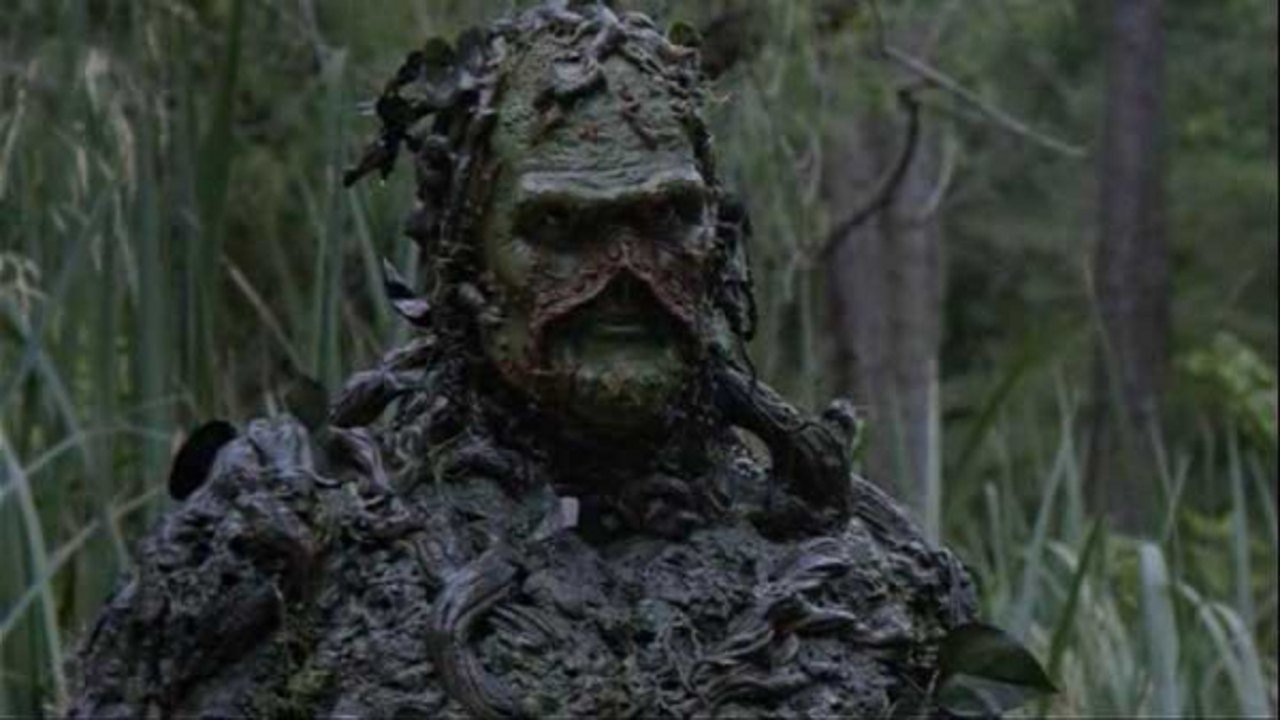 This flick picks up where the first movie left off, but with Wes Craven’s personal touch to really make it worth your time! The Swamp Thing returns to battle the evil Dr. Arcane, who has a new science lab full of creatures transformed by genetic mutation, and chooses Abby Arcane as his new object of affection. The film has a main title montage that consists of comic book covers set to Creedence Clearwater Revival’s “Born on the Bayou”, and features Dick Durock and Louis Jourdan reprising their roles as the Swamp Thing and Anton Arcane, respectively, along with Sarah Douglas and Heather Locklear. A huge departure from the dark source material this time around and much more campier then usual. While I do appreciate them in using Swamp Thing’s actual comic book love interest this time, I just don’t buy her performance in terms of interactions and dialogue. We also get cringe-worthy dialogue from two kids who can’t act at one point in the movie. However I did appreciate the design of the titular character who is much more detailed and looks more like the comics. Its a good thing the character was rebooted into a dark TV Series in 2019!