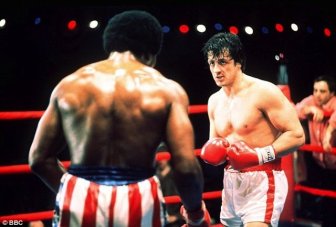 Well here it is; the movie that officially launched Syl to utter stardom and it shows in this ultimate underdog story! Rocky Balboa, a small-time boxer, gets a supremely rare chance to fight heavy-weight champion Apollo Creed in a bout in which he strives to go the distance for his self-respect. Thanks to Sylvester Stallone’s screenplay and performance we get a powerful boxer flick for the ages as well as a touching love story and awesome fight between Rocky Balboa and Apollo Creed. A high recommendation for Rocky fans!